First meeting with the experts of Dance Script online and offline 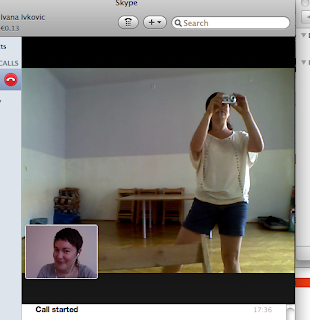 Dancer, co-creator. Started her studies in Budapest Tánciskola, and received a diploma in 2011 in S.E.A.D. (Salzburg Experimental Academy of Dance). After school she participated in the DanceWeb scholarship program, and the past year she worked in collaboration with international artists. Recently she is researching improvisation methods and composition structures. 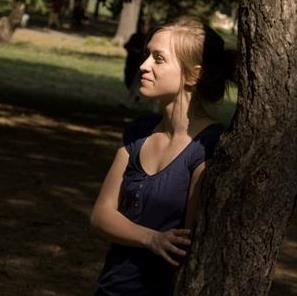 During her university studies she has been taking part in a long-term course for future critics under mentoring by László Bérczes and István Nánay at Bárka Theatre, called Hajónapló Műhely. After graduating at the University of Pécs (BA Expert in Hungarian – Specialisation in History of Theatre & Liberal Arts, Film Theory and History), she was offered a place in Budapest Contemporary Dance Academy, so she is a student there currently (BA Dancer). In 2012, with an obtained scholarship of Jardin d’Europe, she got an opportunity to participate in the programme ’Critical Endeavour’ in Vienna, at the ImpulsTanz International Dance Festival. She writes regularly for Ellenfény and Tánckritika.hu as well and she’s also the editor in chief of the column ’Táncosok! Írjatok! On the other hand she has already tried out herself as an actor and a director too in the Janus University Theatre at Pécs. 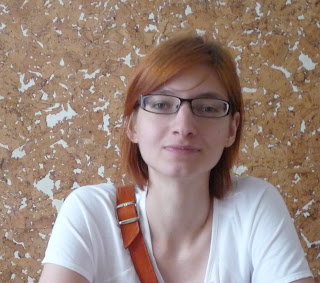 Student, critic. She studies Hungarian and French literature at Debreceni Egyetem, in Debrecen, completing a specialization in dramatic studies as well. She studies still at the French Department, as a doctoral student, having a contemporary French theatre-related research theme. She is participating at the work of the university theater (Színláz) in Debrecen with contributing in theatrical trainings, translating drama texts and also performing them. She publishes reviews, critics and articles about dance and theater performances in printed journals and on websites.
Posted by andrea adam at 22:00 No comments:

theatrologist „in progress”, postgraduate theatre student of Adam Mickiewicz University in Poznań, who also spent two semesters studing Dance Theory at the University of Copenhague. Her research fields include dance theory and the exclusion of the body in the context of dance theater. Also interested in curating.

musician, teacher, dance critic. After graduating Academy of Music in Łódź, she publishes articles about dance and music – also as a one of the authors of NowyTaniec, leading Polish dancewebsite. Kula is a collaborator of Institute of Music and Dance in Warsaw and a cofounder of dance collective Movin Łódź.

journalist, theatre critic, lead editor of theatre webportal www.teatralia.com.pl. Postgraduate student of Faculty of Political Science and Journalism of Adam Mickiewicz University in Poznań. She regularly writes about Polish theatre and dance life.
Posted by andrea adam at 21:55 No comments:

comes from Slovenia, where she received her BS in physics. She recently finished MAztp – master study program in contemporary dance pedagogy, at Hochschule für Musik und Darstellende Kunst in Frankfurt, where she currently lives and works as a freelancer.

a doctoral student of literature, performing arts, culture and film at University of Zagreb, devoted to theoretical and historical study of dance. As dance critic, writes regulary for Kulisa.eu – online paper for culture and the performing arts, and also collaborates with other publications.
Posted by andrea adam at 21:52 No comments: 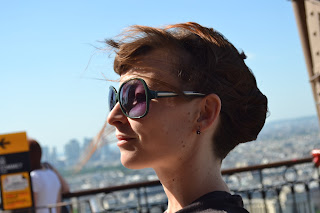 graduated from MA in Ethnology at Charles University in Prague. In 2010, she was accepted to PhD studies. She has done several research projects (e.g. community-based project "Between bridge and the city" organized by the vague terrain under the new highway flyover; film festival "Kinobus" conceptualized as a trip around the old village cinemas; site-specific and social-specific project "Považské strojartne" organized in an abandoned industrial site; research of the urban legends and contemporary folklore in the town of Žilina). She has published several articles and participated at conferences in Slovakia and Poland. 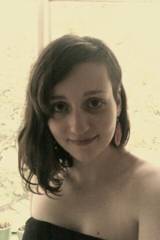 currently studying Theatre at the Charles University in Prague. She participated in the Workshop of dance criticism on the New Scene of the National Theatre in Prague and she also publish occasionally on the website Taneční zóna – www.tanecnizona.cz. Since September 2011 she is a member of the dramaturgic jury at the festival Czech Dance Platform. She is also an amateur dancer. 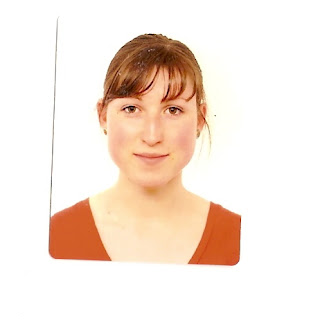 graduated from Theatre Studies and Arts Management at the
Faculty of Arts of Masaryk University in Brno. She is a PhD student at the
Departement of Theatre Studies since 2012. Simultaneously she is studying Dance Pedagogy at the Theatre Faculty of Janáček Academy of Music and Performing Arts (JAMU). She is interested in dance theatre, theatre management and history of stage dance. Her reviews of dance and drama theatre are published on the website (www.tanecniaktuality.cz and www.kulturissimo.cz). She works as a lector of stage and vernacular dancing at a private basic music school in Blansko. 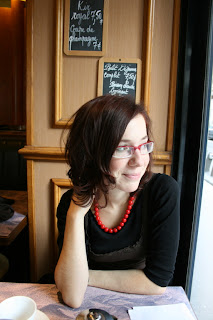 graduated from the Faculty of Arts at Charles University in Prague, majoring in French philology, Czech language and literature and Translation Studies. She
has been working for DANCE ZONE - TANEČNÍ ZÓNA, Czech review about contemporary dance for five years, doing editorial work, translations, advertising, production and media cooperation. She also works as project manager in the field of contemporary dance and literature. She has been dancing Flamenco for several years.

http://www.tanecnizona.cz/index.php?option=com_content&task=view&id=337&Itemid=42
Posted by andrea adam at 21:39 No comments:

We have even more great news to share: Zvonomir Peranic (HR) will participate in the laboratory as OBSERVER! 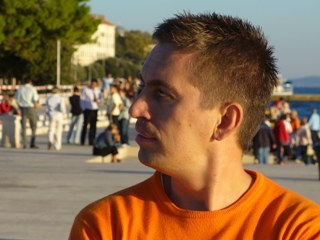 Zvonomir Peranic is a scientific educator, author, playwright, theatre director, producer, theatre critic. He graduated as Master of Science in Science Education at Natural Science Faculties, University of Split, Croatia, 2007. He is also a professor of Mathematics and Physics graduated at Faculty of Philosophy, University of Rijeka, Croatia, 2002. He specialized in Biomechanics on GITIS – Russian Academy of Theatre Arts in Moscow, Russia, 1997. He finished MAPA – Moving Academy of Performing Arts in Zlata Coruna, Czes Republic, 1996. Currently he is working on the Colegium Fluminense Polytechnic of Rijeka.

He is co-founder and artistic director of the Rubikon Theatre in 1995. He is author of 27 theatrical works that have won 10 awards, a participant in over 40 festivals (Croatia, Slovenia, Italy, Slovakia, United Kingdom, Serbia, FYR Macedonia, Bosnia and Herzegovina, Republic of Korea, Cyprus).

In addition to professional productions he is continuously working with young people. He also participant in numerous professional and scientific conferences in the field of science education. In the last 18 years he developed a special system of theatre workshops, which applies in teaching conceptual knowledge in physics from high school to university level.

Some of his theatrical production participating in international theatre festivals and international scientific conference in the same time. He applied a special approach to implementing the principles of contemporary theories of physics in the art, theatre and education.

He has been working as a theatre critic in the last 18 years at many public radio stations, newspapers and Internet portals.
Posted by andrea adam at 19:48 No comments:

L1 association
Contemporary has to be discovered, has to be in a friendly relation with Classical and Traditional styles, has to be educated and because of all this, has to be supported as part of the whole! This is a huge work to get this message across to all the curators and supporters!